Do you want to improve your Relations? 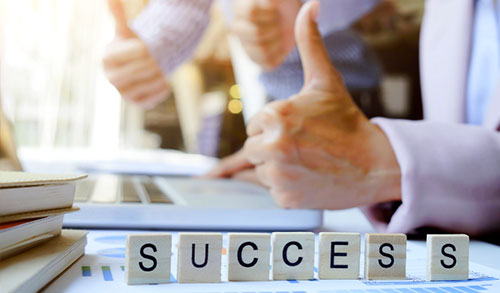 All the answers are *YES*!

Andy owns a transportation company. Every single week, he was stuck replacing “sick” drivers and practically spent more than 18 hours a day, 7 days a week, 360 days a year, between offices and trucks.

Compared to his competitors, he was making considerable profits, but he was not 100% satisfied, because he didn’t have time for his family, hobbies and fitness.

He was home only a couple of hours a day, and when I met him, his wife wanted to divorce him, all due to the time he couldn’t dedicate to himself and his family. She left divorce papers for him to sign on the kitchen table, one early morning.

We started coaching Andy, and the root cause of his big challenge was immediately obvious: he could not delegate and outsource correctly.

How do you and one effectively delegate?

This and all other best life practices are revealed in the Business Area of Rich Coach University.

After only a few months of coaching, Andy and his wife renewed their vows in Hawaii, with their beloved kids and pets bearing the rings and witnessing the beautiful sunset ceremony.

What will the perfect gift be?

The Gift Of Love!

“Rich Coach University” is the place to foster happy, joyous and harmonious relations!

Thanks to Rich Coach University, my family and I are able to travel all over the world, anywhere, anytime!

Rich Coach University is fantastic! I have learned everything I needed to succeed in my own life, relations and business. Business is relations!

Thanks to Coach Elena and her team for showing me how the best opportunities in life come from cultivating the right relationships! :)

Thanks to the people I met through Rich Coach University, I invested in my career and the investment came back a million fold and much more! :) Thank you!!!

What you will get:

How will you benefit?

What's the value of the certification?

Normally the Rich Coach University certification course is sold at $9,750.00, excluding the value of all the bonuses, that are sold separately. Given our goal of helping as many people as possible to become certified Power Coaches, we have decided to offer it to you, at our cost, and offer you the entire RCU certification course + all the 9 bonuses, for a total value of $37,215.00 at:

A native of Italy, Elena moved to the States to pursue her PhD in Applied/Industrial Psychology. In 1999, after earning it, along with many Coaching, Training, and Hypnosis Certifications, she began work as a consultant for a number of Fortune 100 companies…

Yes, everything has a price and, everyday, you have to choose and decide (yes or no) among ideas, contacts, products, and services.

Successful people know what they want and they make decisions fast. Time is money!

Do you want to continuing living a mediocre life with struggles?

How much do you truly want to improve your life, and other people’s lives, by becoming a coaching leader?

Prosper, while your beloved Clients prosper, too!